A recent example of a serious irrigation system emergency was an irrigation valve stuck wide open that we resolved for a customer. 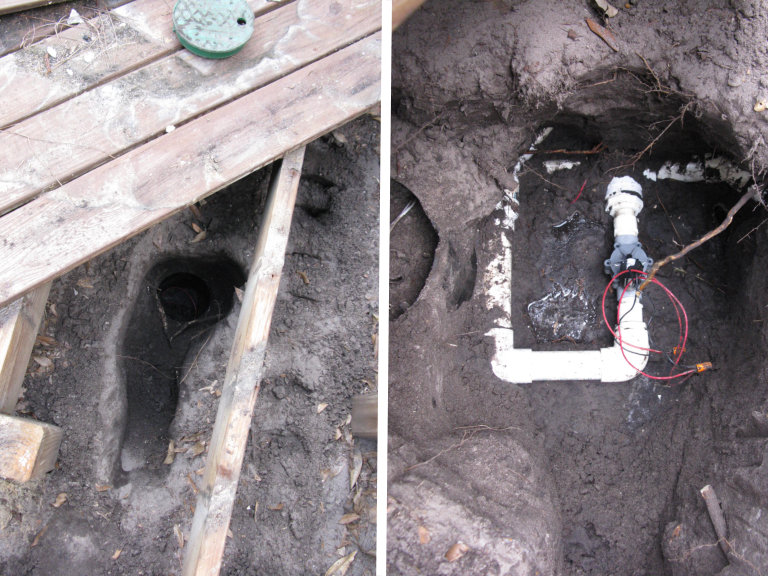 Irrigation valves can fail either stuck closed so they do not operate, or fail in a fully open postion and a zone runs continuously.

The irrigation valves shown in our picture proved impossible for the homeowner to find at his home in Longwood, Florida, zip 32750.

He called us out of desperation as the only way to stop the wide open valve was to shut off the water at the potable water meter.

That meant shutting off water to his entire house. Unknown to the owner, the open valves were under a deck built by the prior owner.

We connected our valve location equipment to field wiring of the relevant zone, and discovered the valves were under his wooden deck.

Our solution was to remove deck boards to access the problem, and then we were able to excavate and replace the defective valves.

Are you having problems with malfunctioning irrigation valves? Call us today 407-302-2227 for a prompt response.